What is Change Management 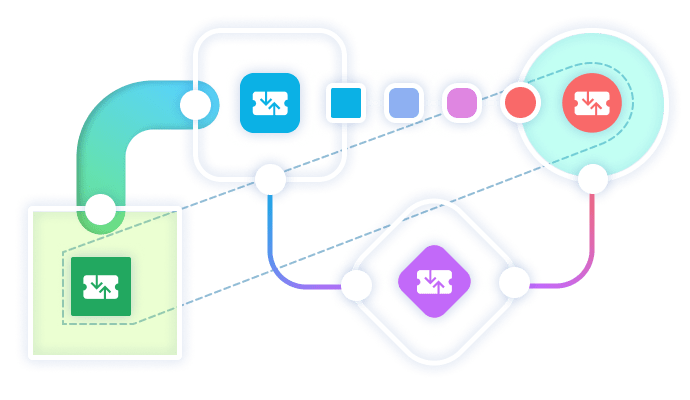 Just like any other complex aspect of the human world, the IT landscape of organizations and companies has to change over time if these complex structures hope to function and compete. This is what IT change management is all about and why it’s so important.

Even more specifically but very useful as a roadmap to implementing IT changes is what is called ITIL (Information Technology Infrastructure Library) change management. This is what we’re going to talk about now so that you can apply to your own organization, before its IT becomes too old to cope with new needs. 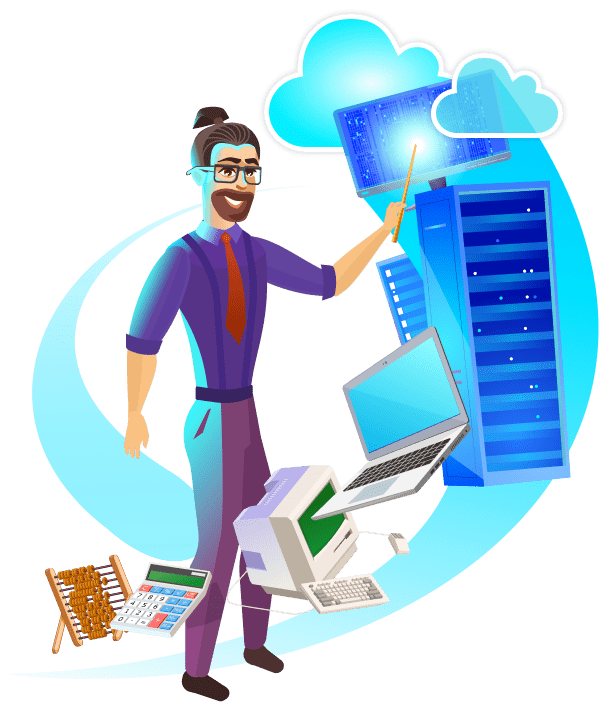 What Is ITIL Change Management?

It’s an essential and widely known rule that IT systems have to be updated and to some extent changed over time. Thus, a methodology for doing this is a good starting point. IT in any complex organization (and even many very simple ones) is largely an interlocking web of software systems, platforms, hardware and apps that can’t simply be disassembled ad hoc and on the fly without causing problems.

ITIL and IT change management offer a core set of best practices for guiding IT pros to update technology without causing organizational chaos. With ITIL, IT staff can prioritize updates by importance, implement them strategically and keep a specific purpose in mind as they do so.

ITIL doesn’t offer many prescriptive steps in which specific methods or hard and fast rules for IT change are described. Instead, it offers general guidelines that your organization can and absolutely should tailor to its own structures and needs.

This flexibility is vital to the IT change management ethic; because it means recognizing that your specific IT details might be very different from someone else’s.

The main function of ITIL is to help your organization create its own version of an IT change process that minimizes disruptions and risks while making IT changes that keep every hardware and software system you use running as smoothly as possible during the whole change sequence.

ITIL keeps two fundamental rules of IT management for companies in mind:

In a nutshell, ITIL change management offers a roadmap of best practices for how both 1 and 2 can both be served at the same time without interfering with each other.

Change management for IT through ITIL may be flexible, but it offers a formal set of procedures for creating information technology change in your organization. It tries to do with as few specific methods and rules as possible so that your organization can avoid bogging itself down in details that might not even properly apply to its needs in the first place. 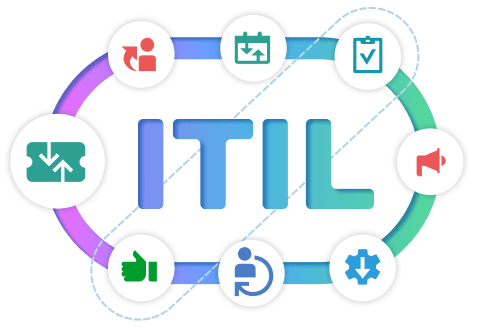 Here are several key things that IT change management means considering as you start to plan your own IT remodeling:

Types of IT Changes

Not all IT changes are the same in their importance, frequency or level of risk for your company. There’s a sort of hierarchy of importance and danger to them. ITIL guidelines define this into three levels or change types. They’re as follows: 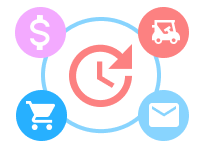 These are basic, low risk and frequent changes to parts of your IT infrastructure that are usually scheduled and approved in advance because they’re a regular and necessary part of IT maintenance. Standard changes should still be done carefully and diligently but they don’t usually involve catastrophic risk to your outward functionality. Some examples of these include replacing failing hardware with identical new hardware, adding memory and storage to servers or computers, or updating systems security software packages as needed.

Your IT staff should still be very careful about implementing even the most basic IT changes with an eye to security and correct steps. Major system failures or hacks have happened in the past because of absurdly small mistakes in updates to very basic IT systems. 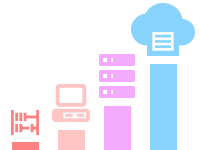 Normal IT changes aren’t emergencies or extremely basic, standard scheduled changes. Instead, they’re the backbone of evolution in your organization’s IT. This is because these involve switching major or minor parts of your IT hardware, software and services for the sake of more advanced and powerful IT. Normal changes don’t happen at perfectly timed intervals and their risk levels can vary enormously.

Basic examples of normal changes include major, risky shifts such as changing your data center to a bigger one or they might include website changes that can be done with less chance of disaster and interruptions. All normal changes should be carefully planned before being done, even if they weren’t scheduled in advance. 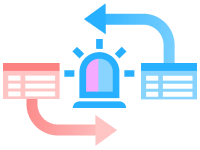 The worst kind of IT changes are those you need to make suddenly, on the fly and without any prior warning. These are called emergency changes for obvious reasons and they’re some of the riskiest your organization will deal with, exactly because they can come in all kinds of forms and without any warning.

It’s still possible to make contingency plans for emergency changes, but even the best-laid plans might not exactly match specific real-life situations in their quirks. Having a solid IT staff with sound training in dealing with IT change in general is the best way to make sure that even emergency changes happen smoothly.

Examples of these changes include: sudden security patches due to an unexpected hack or data leak, a sudden server failure or possibly even a fire in your office that physically destroys hardware.

Planning for All Types of Change Management 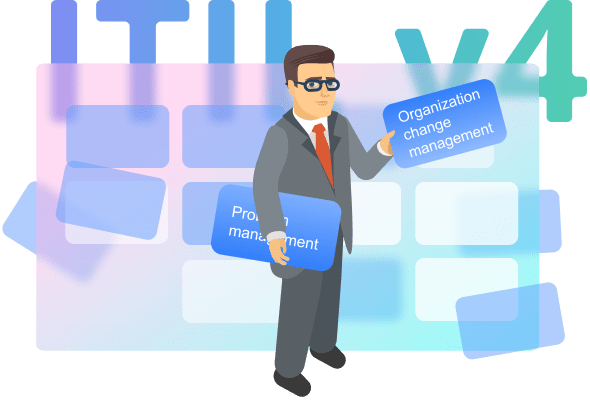 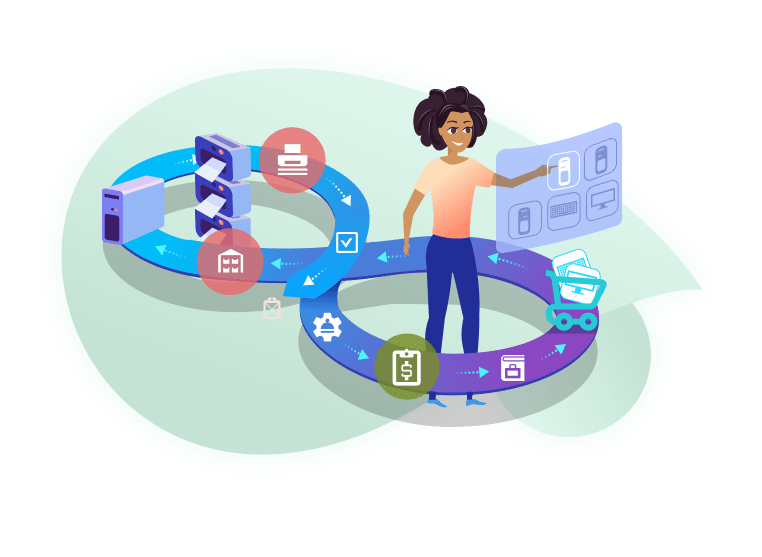 Track and manage assets throughout their lifecycle more efficiently with IT workflows that work as you see fit. 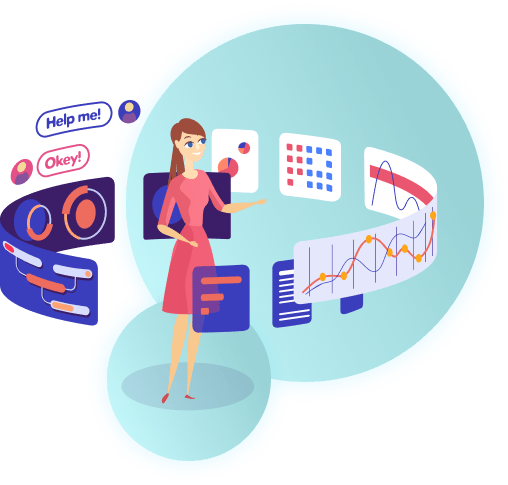 Streamline your  IT processes, empower your support team and drive value across your organization 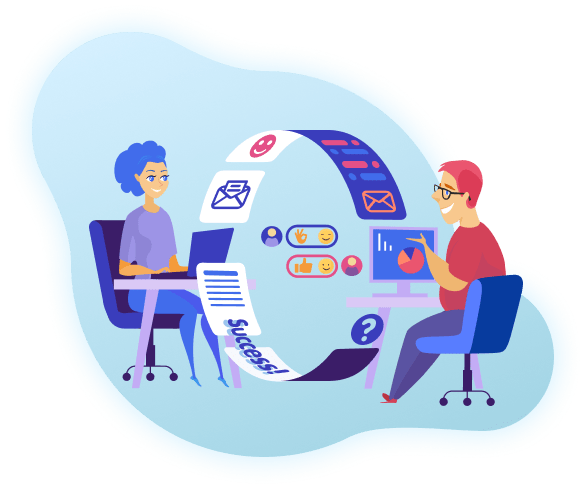 Enhance your support teams, automate daily tasks and resolve issues faster than ever. 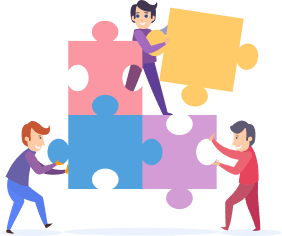